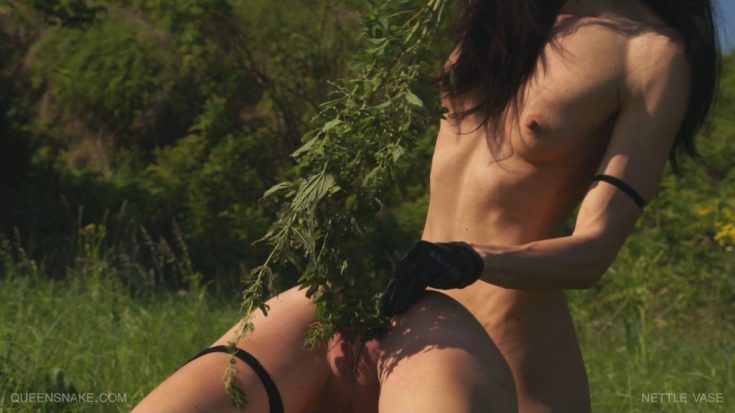 In the end of summer and after their blooming the old nettles have stronger stinging hairs and their stem is almost as tough as a tree branch.  And there is nothing better than a good pussy whipping with those hard-stemmed nettles. Tanita got it.

After some harsh lashes, her pussy and asshole was getting more and more red and swollen. It was time to give her a vigorous massage rubbing the stinging nettles to her most sensitive areas.

It was a dry summer, those stinging nettles didn’t get enough water and they were rather dryish so I made Tanita pee into a bottle and then I poured her own pee into her pussy to use her pussy as a vase for the thirsty nettles.  I am just amazed that how many ways there are to use a vagina :D

When we got home, Tanita went to the bath  and took a vaginal shower. She found a big green ball inside and she couldn’t take it out by herself so finally I helped her and  pulled that nettle ball out with my fingers. Hehe, you should have seen her terrified, crying face…. :D