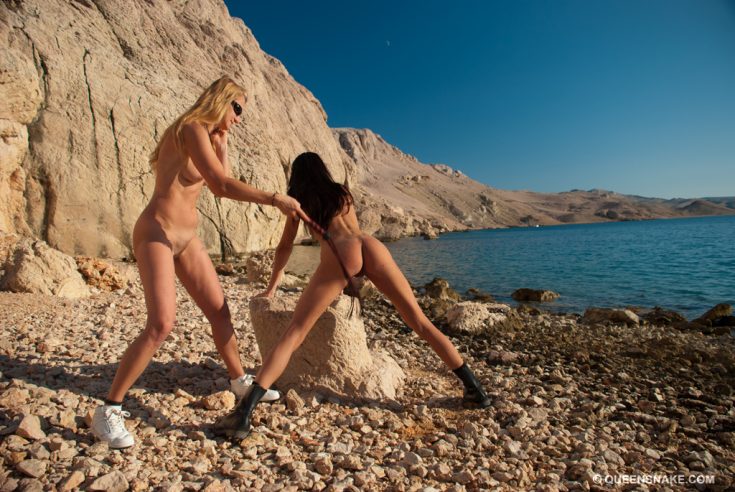 This movie seemed to be easy to make at first but it turned out to be  one of my hardest shootings. Let me explain why.

Originally we were going to make a “Pussy Marathon”-like movie but Nazryana was not a proficient whip wielder.  Her whipping technique was so imperfect that Master had to stop her all the time to teach her the right whipping methods and that was not that easy at all :P Of course noone is born with whipping skills :), it requires learning and many practice – on me.

The principle of a good whipping is the gradation and the rhythm, if those are missing, the subject gets freaked out of pain in a moment. That happened to me too, Nazryana was practicing on my pussy before every scene that we shot so when Master turned on the camera I had been already knocked out by her practicing lashes and finally I had to bear twice more pain than you can see in the video.

At the end of the torture, my pussy got swollen twice as its original size, it was sore to touch and there were some bruises. It turned me on so much, so did Master – he fucked me hard when we got home and after that again and again. Check out some photos of the after effects of the pussy whipping and the whole body whipping of Detention which was shot one day after this movie.